I find that one of the worst things about running is that, if you do it a lot, you get achingly bored of seeing the same old roads and parks and pavements again and again and again.  So, as I was off to Yorkshire for the weekend I started looking forward to the idea of seeing something new, and to not knowing what would be around the next corner.

My Leeds-based friend Rose is training for the London Marathon and so she was happy to go running too. I was a bit wary of this. Rose is the friend who suggested I start running in the first place, who has about five different pairs of trainers, watches and gadgets and who is truly in love with the whole running shebang. I'm clearly a chancer who's trying his arm at this (or leg) and as we set our alarms for early on the Saturday morning, I wondered how I would get on.

The answer was simple: 'terribly'. It was one of the worst runs I've had in months and months. My legs wrecked and slapped onto the pavement like wet bread. I had to stop every five minutes. I was wheezy. I had no energy and I couldn't muster any 'inner strength', if that's what you call it. Instead, I spent the whole route watching Rose zip off into the distance. Awful (and who knows why it all went so tits, but maybe I was just knackered after a week when I'd run more than ever. But more likely, I was just shit). it was pretty dispiriting.

The scenery was lovely, though. After a couple of miles through non-descript streets and housing estates, we ended up at Eccup Reservoir - and watched the sun rise up over a cold, clear day. What was less lovely was my first gulp of Energy Gel, provided by Rose. 'It's Mojito flavour', she said, 'and it's actually nice'. It wasn't. Not at all. It tasted like a bad cold. 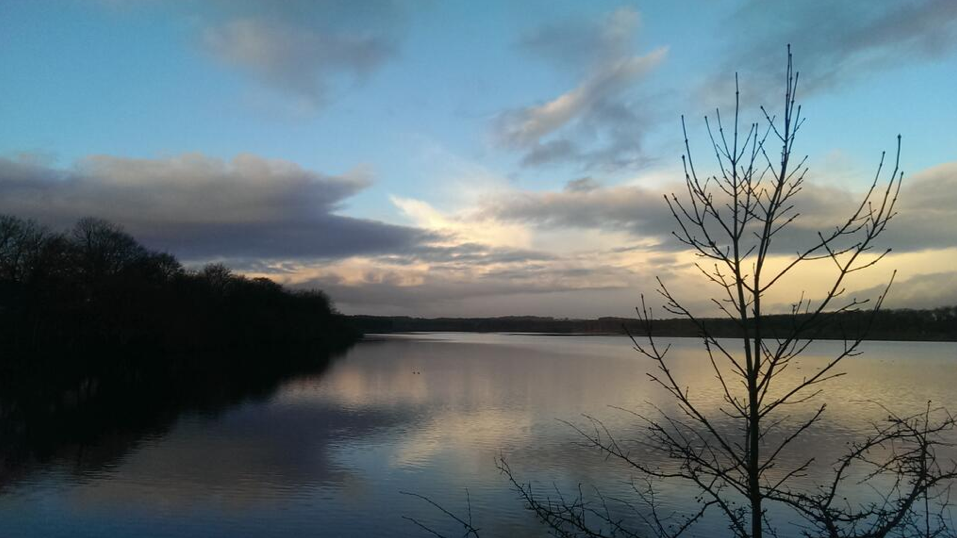 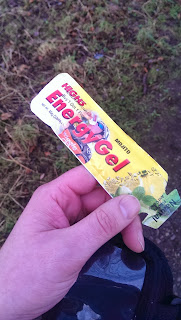 Look at how pink my hand is on this. 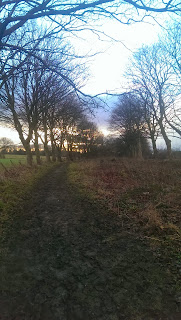